I’ll admit, I did not see the point of eyelash curler for a long time. It looks like a torture instrument and if your lashes aren’t growing straight, you can achieve the same effect with a curling mascara. Lets not mention all the horror stories about ripped out lashes.

At some point I caved and gotten drugstore curler that looked the least threatening out of them all. The first time using I was blown away. I had eyes! Well, at first it was one big eye. To this day I have trouble curling my left eye lashes. At least that is not something strategically placed bangs would not fix. Things progressed to my first waterproof mascara. What’s the point of curling ones lashes if they are back to the way they were few hours later?

After almost half a year of eyelash curling practice I started excluding this step from my make up routine. There is only so many times one can pinch their eyelid. I can’t say I missed it in early mornings, but I certainly noticed that my eyes doesn’t look the same. I guess it’s something like people who can’t live without eyeliner. Your eyes just look wrong. You might have guessed, I gave it another go. This time though, I decided to try something people actually like and recommend. The newly picked up Shu Uemura Eyelash Curler was a game changer. It’s mystically easier to use. It gives a way better curl and I haven’t pinched myself once! I can’t pinpoint what makes it better than simple drugstore one. They look the same to me. Must be magic.

How does your skills fare on eyelash curling? Any tips? 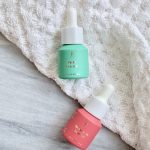 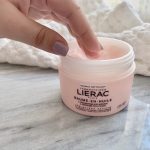 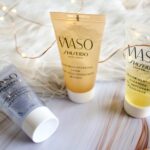 @pestleandmortarcosmetics Hydrating cream is where

Last year I used oils sparingly and only when my s

Been digging into my @lierac cleansing balm (it ha

My every day makeup routine❤️Takes no more tha

It’s nice to stop and smell the roses 🌹♥️

Very much in love with @pixibeauty Vitamin C serum

Essentials. There’s nothing more to it 🥰 . .

I have never completely finished foundation before

I am very much enjoying @aureliaskincare miracle c

I have taken to applying @kiehls Midnight Recovery

Few of the things that found their way into my bas

A small selection of empties 🙃. I have been ver

I did a massive clear out. The amount of stuff I e